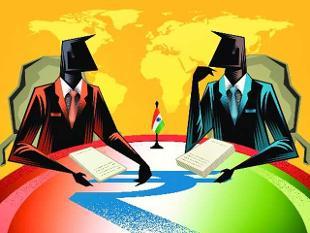 MUMBAI: India Inc's social spending rose 28% in fiscal 2016 from the year before, but at Rs 8,345 crore it missed estimates, show data compiled from company filings.

Government-owned companies grossly outperformed their private sector peers, with their spending expanding 41% in the year ended March 31, according to the data provided by PrimeDatabase. A large number of companies contributed their CSR money to the Prime Minister's funds -the Prime Minister's National Relief Fund and other such government-managed funds saw proceeds from CSR payments rising more than five times.

The data are for 920 out of the 1,579 companies listed on the NSE and this is the first comprehensive compilation of the numbers after the CSR law came into force in April 2014. The law mandates companies to invest 2% of their net profit in CSR projects. Those who don't meet this have to cite the reasons.

The total spending is much lower Rs 20,000 crore that was expecthan the 'ted to be spent by corporates ted to be spent by corporates each year on CSR. The data capture spending by most big companies. Some experts said the steep rise in contributions to the PM's funds reflected a lack of interest among companies to implement programmes on their own and that they have made the passive contribution to comply with the rules. Others are of the view that the government fund are the most credible avenue when companies don't have a clear programme implementation plan.

Areas such as child mortality and improving maternal health saw a negligible CSR spending of Rs 29 crore. A meagre 2% was spent on promoting gender equality and woman empowerment -supposedly the two top development themes of companies.

"This data throw up three disturbing and disappointing trends. Corporates are really not spending on CSR as much as they should as 28% growth indicates against 41% by PSUs. Secondly, they are not owning and driving change rather than make a passive contribution to the PM fund,” said Vineet Nayar, chairman of Sampark Foundation and former chief executive of HCL Technologies. Emerging challenges facing the society like infant mortality, gender rights, skill development and social entrepreneurship have few takers with all of these getting negligible investment, he added.

“For companies that don't want to own up, PM's fund is the easiest, fastest, credible and tax efficient way to meet their CSR mandate,“ said
Abhishek Humbad, cofounder at CSR management company NextGen.There is a 100% tax exemption for contribution to the PM's fund.

Abhishek Tripathi, director of responsible business advisory at PWC, said the contribution to the PM's relief fund could be because companies could not identify the area of implementation or the partner for implementation and in such a situation this is the most credible option to meet their mandate.

Education (24%) continued to receive the maximum spending, followed by health (20%). As much as Rs 1,782 crore, or 21% of the overall spending, was made under 'Other Matters'. "Though data show an increase in CSR spend, the 21% expense in other matters shows one does not really know what is happening," said Pranav Haldea, MD, PrimeDatabase.