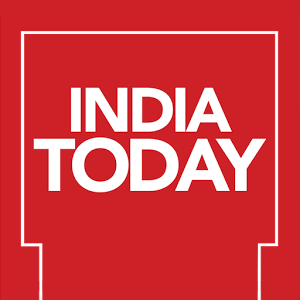 Washington, Dec 13 (PTI) External Affairs Minister Sushma Swaraj and philanthropist couple Anupama and Vineet Nayar are among the Indians who have been named in the Global Thinkers of 2016 List compiled by the Foreign Policy magazine.

Swaraj was named in the Decision-makers category along with the Democratic nominee for US President Hillary Clinton, UN Secretary-General Ban Ki-Moon, German Chancellor Angela Merkel and US Attorney General Loretta Lynch among others.

The magazine complimented Swaraj "for fashioning a novel brand of Twitter diplomacy".

"From evacuating Indians from Yemen to helping replace lost passports, Swaraj has earned the nickname "the common tweeples leader" for her aggressive use of Twitter," the magazine noted.

The magazine also listed the co-founders of Sampark Foundation the Nayars in the Moguls segment for unplugging technology so kids can learn.

Through their Sampark Foundation, the former HCL Technologies executive and his wife are on a mission to revamp rural Indias primary education system with low-tech teaching tools.

They have created smart class kits which include various frugal innovations, such as a plastic audio device that introduces English words and lasts 15 days without a charge. The cost of supplying kits is just USD 1 per year per child.

The Nayars want to reach 50,000 schools, including those in nearby Chhattisgarh and Jammu and Kashmir.

The Nayars were named along with other thinkers who "put their money where their morality is" including Melinda Gates, Crown Princess of Norway Mette Marit and Kate Roberts, Priscilla Chan and Mark Zuckerberg among others.

Other Indians who made it to the global thinkers of 2016 list include, Nitesh Kadyan, Nikhil Kaushik, and Anirudh Sharma of Graviky Labs, an Indian firm that uses polluted air to create art supplies and immunologist Gursaran Prasad Talwar as the inoculation, developed by him could decrease leprosy rates by 65 per cent over three years.

The Global Thinkers honoured here are proof that, as a societys pillars falter, individuals step in to bear the weight. They pledged personal wealth to create a safer, healthier future for all, the magazine said.

The 100 Leading Global Thinkers of 2016 are emblematic of our innate desire to confront pessimism rather than surrender to despair, to challenge ugliness rather than resign to failure, it added. PTI DRR SBT MR