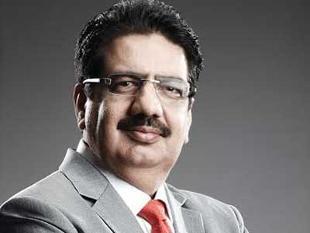 The headlines in the new budget are not the numbers but the underline intention of leveraging frugal innovation through technology to transform India into a country that beats for a billion Indians. It is a budget with a difference. Let me explain.

As digital revolution transforms businesses worldwide we see new leaders emerge and old struggle to cope with this change. Facebook, Twitter, Amazon jump ahead at the cost of many others who are unable to get over their brick and mortar mindsets. This transformation is so widespread and so strong that President Obama went so far as to say America should fund education of science programs and not liberal arts, though I find that idea quite misplaced.

The Modi Government faces many challenges and the "to do" list is very long. But great transformations in our history are based on leaders finding out that one innovative idea which they can leverage to lead the transformation and the rest will fall in place. In my view this budget is less about the details and more about the emphasis on technology as a leverage to solve problems of three kinds.

First, is deliver governance to the door steps of Indians at the bottom of the pyramid in a timely and transparent manner. Thus, digital connect through to Rural India through National Rural Internet and Technology Mission and digital interface with citizens will go a long way to make the government work for all and not just for a few who have the access.

Lastly the vision of "digital India" and skilled India along with the enabling schemes like creation of 'Smart Cities' to execute that vision will add to the competitive advantage India has to build to be a global power house.

For me this is a great start and articulation of clear intentions. Now the focus would move to the all important aspect of execution that needs innovation, ideas and determination and not just capital. And finally, let's not forget all these programs also translate into great news for the Indian IT Industry as they will result in resurgent buying from the government. So, all in all, this is a Budget of hope for both the consumers and sellers of IT and Technology from the bottom of the pyramid to the seats of governance!

Vineet Nayar is the former CEO of HCL Technologies and founder of Sampark Foundation.