How to be the 1% who realize their dreams 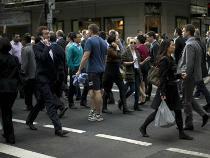 Only 1% of you may go on to fulfil your aspiration of becoming a CEO of a large company or leading a successful startup! 90% of you are not likely to get anywhere close to your aspirations and ambitions even 25 years from now!"

I was speaking to a packed hall of bright youngsters from top Bschools. A pall of silence descended on the room. "You worked very hard to get here. However, do you still have that passion, drive, dreams, determination and a huge appetite to learn what brought you here?

Or did you dump it to focus instead on shortcuts like how to "network" and changed your life goals to simply land the best job in campus?"

I could see some nods in the room. In my experience, only 1% of us are able to realise our original dreams despite the rest being just as capable. To get to your dreams you need to learn to create magic "outside the boundaries of logic and reason" and not be trapped within.

So how does one do that? Let me share with you three ideas that have worked for me. The first is to embrace your uniqueness. Think about it. What is that one thing which you have and which no one else in the world has? I believe the answer is, "you". So why try hard to ape others and be like someone else? In that attitude alone we lose our uniqueness and our ability to create magic.

There was once a boy who was born without a right arm. When he grew up he learnt karate and soon wanted to compete in a tournament. His master said he could and taught the boy one single move. The boy won the first round of the tournament and then the next round and the one after that until he found himself winning the entire tournament.

Baffled, he asked his master how he did it. The master smiled and told the boy there is only one defence against the move the boy learned and that defence involves grabbing the attacker by the right arm!

There are 6 billion other humans on this planet. However, there is only one you. There is a reason God made you unique, find it, leverage it and you will win every time. The second is to look beyond distractions. Life is a box of unknown events that appear at random times - some good and some not so good. I call them 'distractions'.

It's your ability to stay focused through these distractions, fixated on your long-term goal that will help you see beyond trappings like salary, bonus, cars or notso-good ones like the wall of failure, rejection, unfair assessment etc. Remember a magician systematically creates magic by distracting his audience, yet remaining focused on the end game, undistracted. Unless you train yourself to look beyond and outside the distraction box, how will you even stand a chance of getting to your goals?

The third is having a deep-rooted conviction in your goals. Once there were two trees in a village. One next to a river was green and beautiful. The second stood in an arid patch of land. It was thin and had few leaves and people ignored it. One night there was a storm and the villagers woke up assuming the tree next to the river would have survived and the other tree would have died. But the reverse happened. The reason was simple. The tree next to the river used to get water easily. Therefore, its roots were shallow and were not able to withstand the storm.

The other tree had deep roots and survived. If you do not have a deeprooted conviction, won't you be blown away by the first advent of adversity? So ask yourself again, what is it that you really stand for? The list of what you can do to be in that 1% is long and it all starts with you - actually your mind.

The more you have it in your control, the higher your chances of fulfilling your dreams and ambitions.

(The writer is founder, Sampark Foundation and vice-chairman, HCL Technologies)