Will Modi’s Startup India be enough for our hungry and impatient entrepreneurs? 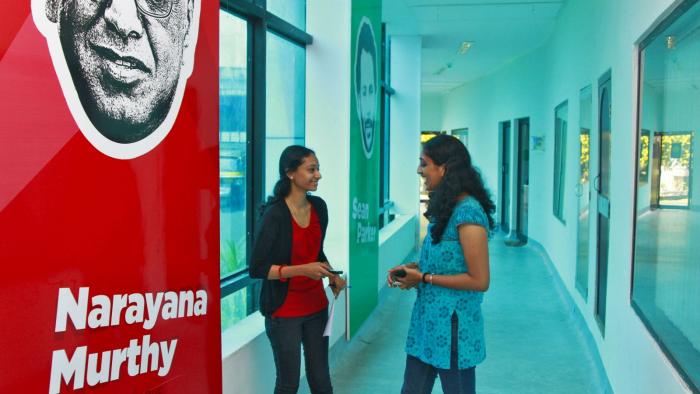 The much-anticipated launch of Startup India this weekend has generated palpable excitement. With Silicon Valley heavyweights flying down for the launch, the initiative is already being applauded.

But, I’m a little concerned.

I have no doubt that the Narendra Modi government understands the “nafa-nuksan” (profit-loss) fundamentals of business. Yet, startups are not your regular business and fostering entrepreneurship goes far beyond investments and returns. So, while programmes such as Make in India or Digital India followed straightforward principles of business promotion, Startup India is a little complicated. It needs to break all templates to get it right.

Having built and nurtured startups, I have a personal interest in the initiative. Indian startups are hungry and impatient. They have been waiting for a long time for the government to recognise the Cambrian“entrepreneurial explosion” worldwide and play an active part in encouraging its spread across India. There has been no dearth of ideas and innovation. But, until now, as experienced in the Indian IT industry, the startup universe has succeeded largely despite the government. Now that the government is diving into these exciting waters, albeit a little late, it is imperative that they get it right.

The first item on the recipe for success is recognition of six important elements of this change.

First, we are playing catch-up. Leave the Silicon Valley aside, a simple comparison with Israel shows that despite the Indian market being 150 times bigger in size by population, both countries invest the same amount in their startups—around $5 billion (Rs33,725 crore) a year, of which 95% comes from outside India.

Thus, it is not going to be easy and neither will it happen overnight. We need to patiently walk the long road to build an Indian ecosystem that does not blindly emulate Silicon Valley. This initiative needs to be uniquely tailored to amplify the strengths of our local environment to help startups leapfrog ahead.

We have to be cognizant of the fact that we are in a globally competitive environment and thus have to respond relative to the options that exist around the world. Today, India has to compete with some very aggressive startup ecosystems.

Take Sao Paulo for example, where its government programme, “Startup Brazil”, invests about $50,000 in each venture it approves. Or Seoul, where the government is not only offering a matching grant of $500,000 for every $100,000 in investment received, it has also launched a Born2Global hub, providing easy access to services and opportunities to interface with other startups to foster a community of innovation in the “creative economy.”

Startup India will have to go far beyond these to remain competitive for investors. Needless to say, loosening red tape or creating a digital one-stop approval window is a necessary condition. However, these would not be enough.

The key to getting the best outcome is to narrow the focus on a few areas where India could create a strategic competitive advantage at a global scale. Playing catch-up through small-scale manufacturing is a long and difficult road in competition with large-scale, highly automated, global manufacturing hubs.

India’s success over the last decade has been around the creation of a $100-billion globally competitive services business. Thus, a startup ecosystem focused on leveraging this advantage—along with innovative adoption of technology to solve problems of a large pool of population—would set us up for success.

What we need is a slingshot aimed at turning the momentum and not a broad-based spray and pray approach, hoping something may stick.

The fourth element involves gaining an understanding of who these startup entrepreneurs are. In my experience, successful entrepreneurs are irrational and unreasonable, inquisitive and intuitive, intractable and disruptive. These are qualities that make them unique.

In India, however, most of us were taught from very early years to “save and not spend”, “play safe” and “tow the line”, largely because of the economic struggles of our preceding generation. Thus, as a society do we really want more “entrepreneurs”? Do we know how to create them? Do we know how to encourage them when we find them? Do we know how to make heroes of them by celebrating their ideas and innovation, and not their wealth and opulence?

Therefore, while the importance of fostering entrepreneurship as an economic development strategy is widely recognised, the programmes often fall short at recognising the socio-cultural headwinds.

Government as a catalyst

Fifth is the role of the government. What’s needed?

At the very start, the government should see its role as a catalyst of change and not a driver of change. It should create an enabling environment that bridges the distance between theory and the real world—one that creates an ecosystem of taking risks rather than averting risks. The government must keep in mind that it is only one part of this ecosystem. A startup ecosystem is, in fact, a dynamic network comprising a variety of players orbiting the entrepreneurs. This includes investors, mentors, incubators, co-working platforms, entrepreneurship development networks, academia and even change-makers. Together they enable cultural shifts that make being “unreasonable” and “disruptive” more palatable in the business environment.

The government has to be the gravitational force that keeps all the pieces moving in harmony, not just by removing the roadblocks of bureaucracy, but also providing access to resources that help startups raise capital, find the right insights, expertise and experience, and enter new markets.

An excellent example is that of Rwanda, where progressive government policies helped lift the country out from the economic turmoil following its tragic genocides, to catapult it from a low 143rd rank in the World Bank’s Ease of Doing Business Index to an impressive 62nd in 2016—far higher than India’s 130th position.

Lastly, even before the launch of “Startup India”, it must be clear that the goals and metrics of success are different in this landscape. It is not essential to exponentially grow the number of startups. It would be better instead to deep dive into identifying the high potentials in strategic areas, assist them in scripting a big win, and celebrate it.

“Even one success can have a surprisingly stimulating effect on an entrepreneurship ecosystem,” writes Daniel Isenberg in the Harvard Business Review, coining this effect the “law of small numbers.”

Over the years and through my experience, I have seen Indian optimism drive the backbone of its self-starting entrepreneurial culture. The launch of Startup India is another great example of this. But like everything in this vibrant country—this will also have to be done in a way we have never done things before.

I am sure with some smart thinking and some optimism, Startup India would make India standout. Soon!

We welcome your comments at ideas.india@qz.com.