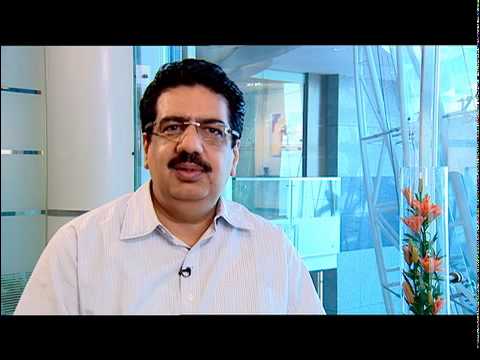 Poised to provoke: Vineet Nayar caused a row by declaring that American technology graduates were unemployable

The businessman has transformed the Indian IT giant HCL by making employee satisfaction his primary focus.

It seems that Vineet Nayar wants to put profile writers like me out of business. The cult of the chief executive must go, he says.

“CEOs behave as if they only care that they have a job, and that’s a disaster for society. If we don’t destroy this whole order of CEO, we are going to build enterprises that constantly create recessions, again and again.”

And he should know, because he is boss of one of the bigger businesses in India, which services many of the biggest businesses in Britain. His company, HCL Technologies, is a formidable IT services group with revenues of £1.8 billion, now doing a lot of work for giants such as Glaxo Smith Kline, BT and Equitable Life, and a growing number of media companies.

How do their bosses feel about his views? Nayar won’t say, but he has plenty to add on the subject. His firm, with 55,000 staff worldwide, has a management philosophy tagged “Employee First, Customer Second” that has been garlanded with awards. Some fans, such as former President Bill Clinton, keynote speaker at HCL’s Global Meet conference in Florida last month, take it very seriously.

Nayar is now bringing Employee First to a wider audience with a new book out next week. To meet, he seems to be part guru, part hard‐nosed capitalist, and a showman and hypocrite to boot — how else can he defend his position as a boss lambasting all bosses?

His response, when I put it to him, is worthy of an ashram, though possibly one run by McKinsey.

“Okay, let’s walk down the path of hypocrisy for a while,” he says, interlacing his fingers. “But let’s be clear: we took up the case for Employee First, Customer Second because of its strong business logic, not for any love of employees.”

His argument is that any firm that prides itself on quality and creativity must put employee satisfaction first and rein in its bosses. “If an employer doesn’t get it, then high‐class individuals will simply go and work for someone else.”

That’s more important than ever now, as the generation entering the workforce will not tolerate the old top‐down hierarchy. Brought up on Facebook and similar media, they demand transparency and equality and will thrive only if nurtured, not bullied. The obsession with shareholder value and the chief executive’s omnipotence will no longer be relevant.

Hence the job of senior executives, says Nayar, will be to assist and enable, not to dictate, and in this way customers will see the maximum benefit from a happier, more productive workforce.

“Where is the value zone?” he says. “In the interface between employee and customer,” he answers. “So what business should the management of the company be in? Enthusing, enabling, encouraging and creating an environment so employees can create value. And the management should be accountable to the employees — you invert the pyramid.”

It is provocative stuff and Nayar, 48, is good at proselytising. Sitting in HCL’s offices in the City of London, he is poised and neat, with a clipped moustache and thick head of hair setting off his sober suit and tie.

The son of an academic, he affects a patient manner, numbering his arguments and answering his own questions. But he also likes to create a stir.

Last month he was criticising the British government for not allowing his firm a clear run at IT contracts in the health service, because of its demand that HCL show prior experience here in the same field. It’s a stitch‐up, he says, run by an “old boys” club.

“We are the biggest IT services company to invest in Britain but we are locked out. They say ‘show us three places here where you have done this before’. Yet they need innovation to increase quality and decrease cost, not the same old schoolboys who have been working with them for the past 10 years.”

Last year he provoked a similar fuss in New York by declaring that American technology graduates were “unemployable”. They were so keen on developing their own start‐ups they would never knuckle down and work well for a larger enterprise.

That touched a raw nerve in America, where HCL, as in Europe, has been taking on its customers’ employees in outsourcing agreements. Nayar plays it down, saying his comments were misinterpreted. He meant all graduates were unemployable as colleges were not teaching them the right subjects. Is he backtracking?

“No, I am not backtracking. I did say American grads, but I could also say Indian grads, Chinese grads, right across,” he says. “These kids come to us and we spend billions teaching them all over again.”

A cynic might also say Nayar needs to get noticed — HCL, once India’s No1 IT services firm, has been overtaken in the past decade by rivals such as Infosys and Tata Consulting Services. Nayar, predictably, says size isn’t important. He points to HCL’s profit performance through the downturn, and its acquisitions in Britain, buying systems application and products specialist Axon in late 2008 for £440m.

“We were the only global IT firm to grow in the recession, and in Europe alone we created 1,400 new jobs.” HCL is also focusing on different outcomes to its rivals, he adds.

The biggest ecommerce site in the world? “I can’t tell you yet,” he says. “Wait for the press release.” Likewise HCL’s contracts with Cisco and Microsoft. “I can’t comment.”

Nayar can discuss HCL’s work on monetising digital content for media owners such as Viacom, Pearson, Reader’s Digest and News International, publisher of The Sunday Times. “We help you to protect your content, and transform the business from where it is run today to where it is run tomorrow,” he says with an enigmatic smile.

And those solutions can move between sectors, he promises. Retail bankers, for example, could learn from publishers. “The evolution away from transaction to experience is what publishing understands, how to create loyalty to brands and characters. Banking doesn’t understand that yet.”

However, it will, he predicts, and then closes the conversation with a gesture of his hands.

He is more forthcoming on his motivations. Born in the foothills of the Himalayas in northern India, Nayar says he has always wanted to find out “what is beyond the mountains”. His father died young, his mother and his elder brother worked hard to pay for his education.

He joined HCL straight from university because he knew technology would shortly change the world. From 1989 to 2000 HCL was all‐conquering. “But our past became so beautiful we forgot to look at the future.”

When he took the top slot in 2004, he vowed to re‐energise the business, and looked at how customers perceived giant service firms such as IBM, Accenture and EDS. He would help HCL compete by making it what rivals weren’t — more transparent and more flexible — and concentrate on creating value. That’s how he developed his Employee First theories.

But how do customers feel about coming second? And shareholders about coming third? They love it, he laughs, because they can see the results. “And we’re not fooling anyone, the concept is clear. It’s not like we’re saying everyone comes first.”

Britain will be seeing the consequences, too, he promises, as he is increasingly being asked to present to company boards here about how his thinking is put into practice. Bosses will have to get used to continual review by their own employees. His own appraisal, open to all 55,000 staff, is published on HCL’s intranet.

“It’s anonymous and, yeah, they say a lot of bad things.” But, Nayar maintains, it works.

And even as “an enabler” he still gets paid the most? Yes, he says, and never quite explains why. Some things never change.

Marital status: married, with two children. “Arranged marriage? No, a madly‐in‐love marriage. It took me seven years to convince my father‐in‐law.”

Book: The Starfish and The Spider: The Unstoppable Power of Leaderless Organizations

Music: AR Rahman, composer of the soundtrack for Slumdog Millionaire

The HCL chief executive wakes at 6am at his home in Delhi and, after answering emails, will do more than an hour of yoga to start the day. Vineet Nayar is driven to his office on HCL’s campus for a 10.30am start. “On an average day I’ll chase up any issues that are around, then reflect on what will excite the kids I work with, make them jump out of their seats and work harder, faster, smarter. When I’m ready for that conversation, I have it with large numbers, not just the department chiefs.”

He always prioritises initiatives round his Employee First, Customer Second principle. “I want to create communities of passion at HCL.” Nayar finishes at 8pm most nights. “I don’t do business/social events. I just go home to my family.”

Vineet Nayar relaxes by playing racquet sports. “I have a group of friends. We’re all competitive, crazy people — three doctors, two school principals. We play different sports with a points system on Saturdays and Sundays.” He also follows European football. “I’m Chelsea and my daughter is Man U but my son is Real Madrid. When they play each other we watch on separate TVs.”

Nayar runs his own educational charity in his spare time but does not like to discuss it. “You should not wear charity on your sleeve. Unfortunately it has become a social‐status issue now.”