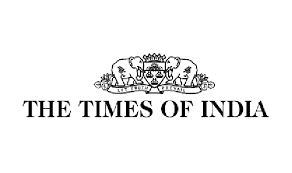 Within a month of being hired by HCL Technologies, Vineet Nayar, who later rose to become the company's CEO, was asked to leave. For Nayar, there were two major takeaways from it — a company is not always right, and neither is the individual. As for his management thought on the event — there is a need to search for a thought-in-between.

If you don't figure out where the man is coming from, Vineet Nayar, the CEO of the fourth largest Indian IT services firm, may appear just too radical. For instance, he says he wants to make his employees unhappy, just to start a process of creative dissonance in the ranks. Then he goes on to add that he would happily make a fool of himself just to make himself more approachable to his employees. He doesn't care much about respect or what they think of him as long as it helps in breaking down barriers.

During the over three-hour chat, you almost come to a point of believing that he is just faking it when he says that the Eurozone problem, which every IT services company is quite rattled about, is an opportunity for his company. But here lies his ability, which sets the man apart.

During the recession, when every company was letting people go, HCL was actually hiring as Nayar thought even then that it was an opportunity. Many would say he was fortunate to have been proven right. But at the end of the day, it's the numbers that count. And the numbers are with him. For, it was during the year ended July 2009 (just after the recession) that his company delivered a growth of 23%, one of its best years financially.

Though HCL missed out on the first half of the decade, Nayar was instrumental in its growth when he took over its reins in 2005. The net income has risen by 91% during his five years at the helm. HCL Tech competes with the likes of TCS, Infosys and Wipro and is number four in the industry pecking order.

Though figures speak for themselves, the man himself shies away from them. Ask him where he sees the company in the next five years, and he dons his professor's hat to draw up a pyramid on an inverted pyramid to make a star and then draws circles around it to explain that he wants to create a circle of influence, leading to multiple collaboration and thus better performance. Whew! But it was not that difficult to understand when he took time to explain it.

Clearly, 48-year-old Nayar is not your regular CEO. It's not about the way he casually flings off his jacket to sit down and talk or the way he draws intimately from the lives of his children to foretell the future trends in business. It's just about being the caring big brother at work.

Nayar, in fact, has just authored a book, Employees First, Customer Second, again a contrarion view at a time when most companies are focused on the customer for more business. But you have to listen to the man when no less than Tom Peters has taken time to read him and note, "Rumour is that Vineet Nayar has invented a whole new way of configuring and managing an enterprise. I think there's more than a grain of truth to that. I'm on the verge of the verge declaring that Mr Nayar could be the next Peter Drucker." Nayar is quite thrilled with Peters's comment. Excerpts from the interview:

You say you don't want to be taken seriously. Don't you feel that if respect goes away, it gets difficult to get work done? Or is it just love versus respect?

Why should a CEO be respected, what is so special about him? A CEO also has to do a job which he has been told to do. Most of us in India are looking up to people all our lives — Mahatma Gandhi, Manmohan Singh, Sachin Tendulkar or Shah Rukh Khan. But in this culture, the ownership is on somebody else; like if the roads are not good, we blame the chief minister. We cannot afford that in an organisation. I want a problem to be our problem and not somebody else's.

The boss's role is to enthuse, enable and encourage. There are three ways of transmission. Step one, make them extremely unhappy with their present situation; step 2, create a romance of tomorrow which is very compelling; and step three, set up small catalyst actions which connect the dots between today and romantic tomorrow.

How is this seen from the outside world, employees first and customer second?

The assumptions that we make in the industry is that customers are very loyal to us. The customer understands the passion and the dedication of the employees they come face to face with, and its ultimately the organisation's job to enthuse that passion among the employees. Customers know that the CEOs and the management will not be there to adhere to them. They look for the team that is going to cater to them directly. This book was launched in a customer event, with around 300 customers and they completely understood and agreed with the concept.

What did you do differently during the recession years?

I was tested the most during that period because I was tempted to settle for low effort decisions that would please the stock markets. The tough part was to take a decision for the long term when it could not be beneficial for the short term. But once you got over the hump, execution was exactly the same and intensity of initiatives was a lot more.

Nasscom has predicted 13% growth. Is that the new normal?

That is the average growth that has been predicted. Good ideas and good teams behind them will outgrow these averages.

Your BPO biz is not doing well.

Sometimes businesses become irrelevant. India was doing very well for the past few years and it became obsolete faster than we realised. We have decided that we are not going to fix it but reboot it. Rebooting is more painful because we have to address the issues for the long term. The actions which we have taken include a new leadership — Rahul Singh will be heading the new management team. Second, is buying platforms that will help in the transformation. Third, investing our own capital into putting a new platform.

(With inputs from Aaheli Bagchi)