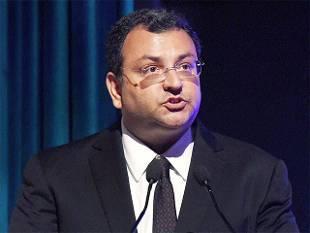 MUMBAI: Cyrus Mistry was the first Tata Sons chairman in the history of the Group not to be made chairman of the Sir Dorabji Tata Trust (SDTT) which, together with the Sir Ratan Tata Trust, holds the bulk of the 66 per cent that gives the Tata Trusts near-absolute control of the holding company of the Tata Group

So, as long as the chairman of Tata Sons was also chairman of either or both the big Tata Trusts, there was little room for conflict; they were one and the same.

The two positions were decoupled when Mistry became head of Tata Sons while Ratan Tata retained his position at the Trusts. This created a diarchy and sowed the seeds for potential discord over style andor substance, according to a number of promoter-chairmen and professional CEOs TOI spoke with, some of whom didn't wish to be identified speaking even indirectly on the showdown at Bombay House.

Said one of them, "I cannot speak to what happened or who's at fault. But one thing is clear: there was an asymmetry in the power equation. Tata Trusts was, and is, effectively the promoter while Mistry was essentially an executive." The fact that Mistry was the first chairman of the group who is not a Tata either by birth or marriage could be a reason why he was not considered for chairmanship of the Trusts, said an old-timer. Or it could have been because of his relative youth, and in time he may have been given dual charge, this person added.

Harsh Mariwala, promoter-chairman of Marico, told TOI, "One would reckon there was no clarity on the roles between the two (the chairmen of Tata Sons and Tata Trusts). Even though these roles are separate both sides need to be well aligned. If Tata Sons wants a professional CEO, clarity on all aspects is a must.Even if there were any differences between the two, these should have been reconciled through interventions."

"In politics, there have been situations like Sonia Gandhi and Manmohan Singh, and Bal Thackeray and the Sena-nominated CM for Maharashtra.The Sonia-Manmohan relationship worked for 10 years because there were no illusions as to who wielded the real power. There may have been the occasional disagreement, but there was also mutual respect and trust -and yes, maybe even an element of submissiveness. If and when that breaks down -whether in politics or in business -there's bound to be trouble," said the chairman of a blue-chip multinational. "With Ratan Tata remaining chairperson of the Tata Trusts and Cyrus Mistry chairing Tata Sons, there was a dual power structure. Such duality blurs the lines of accountability and creates confusion in the rank and file.Going forward, the group needs to communicate how it proposes to handle the disconnect between the two roles (of leading the Trusts and Tata Sons)," said Amit Tandon, founder and MD of IiAS (Institutional Investor Advisory Services), which advises on corporate governance and shareholder rights.

HCL Technologies Mistry started off on a weak wicket. "Consider Tata Trusts to be like the executive chairman of an organization, and Tata Sons as CEO. With the powers vested in Tata Trusts, Mistry did not have the powers a normal chairman of a board would have. We do not know if he ever objected to this diluted power situation impacting his ability to impact results of the listed entities where he is chairman," he said. "There's no guarantee this won't happen again with the next chairman if there's no clarity on roles and responsibilities," said the CEO of a large company.

Harsh Goenka, chairman of RPG Enterprises, said, "Cyrus should have aligned with Ratan Tata who has run the company for so long and is well respected. Considering that Tata Trusts has a large shareholding in Tata Sons, Cyrus should have kept Ratan Tata on the right side."

Mariwala said, "These are more in the realm of relationship alignment and capability issues...When I stepped down as MD at Marico and handed over day-to-day charge to Saugata Gupta, I gave in writing the role the MD would play and under what circumstances he would consult me or the board. Similarly , Saugata gave in writing what he would do and what he expected from me. Everything was crystal clear, leaving no scope for ambiguity . Given the complexity of handling a group like Tatas, the chairman should have been coached by a top-notch global coach."

Asked to comment on Mistry's allegations that a board meeting would be kept on hold while directors went out to get instructions from Tata, Mariwala said, "This is not how boards should function." The day after he was sacked, Mistry had said in his letter to the Tata Sons board and Tata trustees, "Prior to my appointment, I was assured that I would be given a free hand. The previous chairman was to step back and be available for advice and guidance as and when needed. After my appointment, the Articles of Asso ciation were modified, changing the rules of engagement between the Trusts, the board of Tata Sons, the chairman, and the operating companies. Inappropriate interpretation indeed followed, and as elaborated below, it severely constrained the ability of the group to engineer the necessary turnaround."

Tata Sons has strongly contested this charge and said Mistry was "fully empowered" and given "complete autonomy".

A number of CEOs and HR specialists said the contours of the Tata Sons-Tata Trusts relationship left considerable room for ambiguity and might discourage globally-recognised managerial talent from wanting to head the conglomerate. "There's certainly enormous prestige, but power to effect real change?" asked the HR director of an Indian conglomerate.

IiAS's Tandon said, "The group must put in place wellarticulated roles, responsibilities and rights, for the structure to work seamlessly . Given its stature, it is responsible and accountable to a much wider set of stakeholders."

How Tata Sons board changed in 4 yrs

Mumbai: Before the change of guard at Tata Sons in December 2012, the Articles of Association (AoA) relating to appointment and removal of future chairmen were revised. Under the revised rules, Tata Trusts tightened its grip on the Tata Sons board by making it mandatory to seek approval of all directors nominated by the Trusts for appointment or removal of the chairman. The two main trusts, Sir Dorabji Tata Trust and Sir Ratan Tata Trust, were also jointly given the right to nominate one-third of directors on the Tata Sons board. The AoA were amended with the consent of the Mistry family which owns 18.5 per cent of Tata Sons. However, back then it was not known that Mistry, who was a director on the Tata Sons board, would eventually be elevated to head the company.

After Mistry became chairman in December 2012, the character of the Tata Sons board changed. Following the retirement of a number of top Tata executives, Harvard Business School dean Nitin Nohria and former defence secretary Vijay Singh joined the board as Tata Trusts' representatives, while Farida Khambata, a financial strategist, and Ronen Sen, former Indian envoy to US, came in as independent directors.

Ishaat Hussain, who had worked under Ratan Tata, continued as director. This was the arrangement till August 2016, barely months before Mistry was sacked, when more directors were nominated, altering once again the composition of the board. TVS chairman Venu Srinivasan was brought in as a residual director, industrialist Ajay Piramal as independent director, and Amit Chandra, Bain Capital MD and brother-in-law of Nitin Nohria, as a representative of Tata Trusts.