Give more power to your people 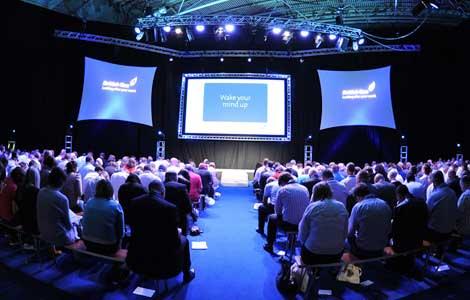 In a darkened hall at Birmingham’s National Exhibition Centre, Phil Bentley, managing director of British Gas, is standing before a crowd of 300 of his company’s managers at one of its “Make a difference” events.

Mr Bentley, who has led the company since 2007, is a good performer. He confidently outlines the challenges – new competitors, a shift to clean energy – and his strategy for facing them – to change from getting people to use more energy to persuading them to conserve it. The only time he is bumped off his rhythm is when a mobile phone rings. “Someone didn’t listen,” he says, referring to instructions at the start of the session to switch off all phones.

Business leaders make presentations such as this all the time. More remarkable is that 15 minutes before Mr Bentley’s speech, one of his employees, an engineer with close-cropped hair and tattoos, spoke in similar terms as his boss. When asked to explain the point of this event he replied: “British Gas has a vision and the idea is to get everyone going to the same place.”

Almost every British Gas employee at the NEC, from the service manager or engineer to call centre worker or solar panel sales executive, seems just as enthusiastic and proud. It feels more like a start-up than a former state monopoly that was once a byword for poor customer service.

If an organisation is only as good as its people, how well it engages with employees can be the difference between success and failure. Yet, experts say, few companies are doing it well. This has been particularly true in the recession, during which many businesses have focused on cutting costs and staff without thinking about the employees left behind who will be needed to rebuild the company.

Octavius Black, chief executive of the Mind Gym, a performance consultancy that developed the event with British Gas, warns that while staff retention has held up during the downturn, that could soon change. “Over 60 per cent of employees currently say they plan to switch companies, with 25 per cent actively looking for a new job,” he says. “The risk is even more acute with top performers, whose feeling of engagement with their employer has dropped three times faster than the average employee’s in the past 12 months.”

Jonathon Hogg, head of the people and operations practice at PA Consulting, the professional services consultancy, says the recession has changed how employees view their relationship with employers. “Employees are disappointed with business.”

This change builds on broader shifts already under way in the workplace. He points to the younger demographic entering the workforce – Generation Y – which is looking for a different relationship with employers. “Gen Y wants to feel part of a team, a community, rather than being an individual cog in a big corporate machine.” They expect companies to offer more than a pay cheque, and look to its values to accord with their own.

The problem is that big organisations were designed for a different era and many leaders have not evolved the structures of their companies accordingly.

One reason, says Mr Hogg, is that too many human resources departments became fixated with systems that make an organisation more efficient but dehumanise management. “Companies have put in all sorts of processes to measure and evaluate performance, an arithmetic approach to assessing people,” he says. “This puts the focus on compliance and fulfilling quotas” – instead of engaging with staff.

Gary Grates, global head of employee engagement at Edelman, the PR company, and a former head of internal communications at General Motors, is more blunt. “Most organisations are communicating to people that no longer exist.” If they don’t know who their people are, how can they engage with them?

Vineet Nayar, chief executive of HCL Technologies, the IT company, echoes this dim view of traditional HR as an effective tool for engagement. “You really don’t need HR people – HR is what managers should be doing.”

When he took over at HCL in 2005, the challenge was to transform a company that was losing market share. If HCL did not change its business model fast, it would soon be destroyed by competitors.

To effect that change, he had to convince employees of the existential crisis facing the company. That meant walking around the organisation and talking to people, both to explain his case but also to better understand their concerns. His model for employee engagement turned HCL from a second-tier Indian IT firm into the country's fourth largest. He has even made the management model into a book, Employees First, Customers Second.

The book outlines four steps that can be applied to any company, in any sector. “Mirror mirror” – be honest with staff about the challenges so they recognise that change needs to be made. “Create trust through transparency” – build a culture of trust between employees and management through open dialogue. “Invert the organisational pyramid” – make managers accountable to frontline workers. “Recast the CEO’s role” – put employees in charge of leading the change instead of the CEO.

For British Gas, the Birmingham event is its effort to address this final step in a process that began when Mr Bentley took over. Like Mr Nayar, he inherited a company that was in a difficult position. Profits were plunging, customers were leaving and employee turnover was high. “At some call centres, we had attrition rates of 50 to 60 per cent,” Mr Bentley says, speaking after his presentation, where 20 per cent was the industry norm. “The company was on its knees.”

But a crisis can also be an opportunity and he realised that to turn the company round, he had to get his people working with his strategy. First, he reorganised the senior management team – of the 13 direct reports he inherited, only one remains, and he recruited 40 to 50 key middle managers “who made the difference”. He then focused on rebuilding trust with the employees who were the key point of contact with consumers. This meant the call centre workers and the engineers who repair boilers in customers’ homes.

Mr Bentley then started a series of meetings with teams of 10 or 12 employees to get a sense of their concerns. Initially, he says, the biggest complaints were about relatively minor details – the air conditioning didn’t work, they didn’t like their uniforms – that were easy to fix.

The bigger problem, however, was the breakdown in trust between management and staff. “In 2007, 90 per cent of frontline engineers didn’t have e-mail access,” he says. Management didn’t trust its employees to focus on work. He reversed the policy and, while it seems a small change, responding to a staff concern quickly had a symbolic value that improved how staff viewed management.

He says the challenge now is “to maintain the momentum” in empowering staff to lead the change. So, while the Birmingham event is introduced by a company executive and a coach from Mind Gym, the process is almost entirely led by rank and file employees. Called “influencers”, these individuals have been selected because they have strong views about the company and are, says Mind Gym, “vocal and listened to”. They are the people who everyone in an office knows, and act as unofficial links between the different networks within a workplace. They are trained in how to explain the corporate strategy in a way that resonates with the managers participating in the event.

Mr Black says this is important both as an empowering exercise for the influencers but also because communication with employees relies on telling them a story that resonates. The organisation’s narrative – “where we’ve come from, who we are, where we’re going and how we’re going to get there” – is boring for many employees. But if a colleague can provide a real example of how she put the company’s vision into practice by, say, helping an angry customer, it will have more impact that a mission statement from HR. “More important are the personal stories that people tell to bring the organisation’s story to life,” Mr Black says.

For any company, that is a tale worth telling.