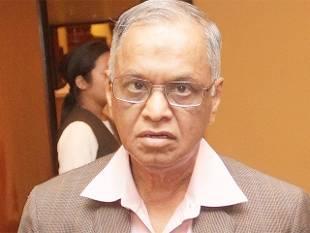 NEW DELHI: The Indian IT industry has distanced itself from Infosys founder NR Narayana Murthy's comment that the country's software industry has been acting as "immigration agents" for its employees. According to media reports, Murthy, while addressing a gathering at the Indian School of Business in Hyderabad, said: "All Indian companies guarantee visas, they guarantee green cards. The whole exercise has become as if they are immigration agents. I am sorry to say that. Indian companies behave as if they are agents for their employees to cross the Atlantic."

Murthy could not be reached for comment. Infosys declined to comment on his statement, while emails to other top IT companies remained unanswered at the time of going to print. The National Association of Software and Services Companies (NASSCOM) could not be reached.

"The services industry is globalised and high-end skills will move freely from one country to the other. Over the years, with continuous evolution and investing in skill building, the Indian IT industry has been able to create more high-value job opportunities within the country. But a certain number of employees will have to move across the borders, it is the fungible character of the industry. This cannot be confused with immigration," said Som Mittal, former president of Nasscom.

"Indian IT is at the heart of some of the most sophisticated products and platforms launched across the world. It is respected and revered for the same," said Vineet Nayar, former CEO of HCL Technologies. "People may see this industry from different lenses. However, I strongly believe in our talented young who are making this world a better place to live each day, not because of where they work but because of what they do," he said.

Some industry insiders who did not wish to be identified said Murthy's comments were "terrible timing," given the discontent in the US against the alleged misuse of H-1B visas used for the transfer of skilled workers to that country, the IT industry's largest market. "He said it in his personal capacity. And if you go by his statement, even Infosys also should be doing the same. On the one hand, the government is filing an international complaint against the US over visas, and on the other, Mr Murthy saying this is very disappointing," said one of the persons.

US presidential candidate Donald Trump and others have called for doing away with visas that allow skilled workers to work in the US. The IT industry has been a beneficiary of H-1B visas.

"The IT services industry has always worried about the impact of each and every election on the visa issue. But the industry has also believed that the US would never do anything to really restrict the visa. Murthy is saying, indirectly, that this election is different and the industry has to be prepared for a bad outcome," Patrick Thibodeau, national correspondent for Computerworld in Washington, told ET.