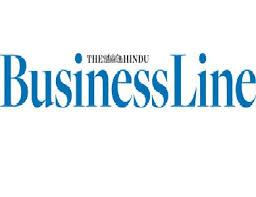 It has been reiterated that “brands are created in the minds of people whereas products are produced by factories”. Indeed, branding is all about feelings and sustained experiences that reinforce a clear statement of promise. As organisations become more complex due to growth, competition and increasing factors of uncertainties, there is an increasing acknowledgement that ‘looking within' should not be an afterthought. Rather, this, along with an honest attempt to set the right tone and climate, is seen as an important factor in enhancing an organisation's competitiveness and business stature.

The four Es of employees, emotions, experiences and enthusiasm are dimensions that can significantly add to an organisation's well-being and create a positive impact on its stakeholders. These four Es can be treated as the core aspects of what is now becoming popularly known as an “Internal Branding Programme”. Increasingly, organisations are realising the critical need for focusing on employees, prior to extending their reach to customers and other stakeholders.

HCL Technologies in India is, for instance, a classic example of how a comprehensive employee-driven initiative backed by farsighted leadership results in a positive transformation. A transformation that benefits not only the employees but importantly leads to increased customer buy-in and loyalty. Fundamental to this success as in anything else is the commitment of top management. HCL Technologies did just that beginning 2005 when Vineet Nayar, the CEO, came up with a comprehensive ‘inside-out' approach to rejuvenate the enthusiasm and engagement of the company through an employee-wide programme. His book, Employees First, Customers Second, elaborates this concept which succeeded in achieving this impressive transformation.

Elsewhere, one finds another case of a remarkable turnaround story through a successful internal branding initiative. This is the case of the international dotcom and technology company, Yahoo! Just as HCL set its sights on its employees first, soon after the era of the dotcom burst, Yahoo!'s CEO in 2001, Terry Semel, took on the unenviable task of combating declining profits and alarming attrition rates in an unfavourable market environment.

Over three years, Yahoo! consistently deployed a detailed internal branding exercise that focussed on realigning businesses and the talent stream. The initiative aimed at a coherent and clear link between the internal and external branding agenda. To generate enthusiasm amongst its predominantly young employee group, Yahoo! came up with a colloquial phrase – ‘HR Special Sauce' – for the Internal Branding programme. This was to create a platform for fostering an emotional bond amongst its employee fraternity and drive home the relevance and need for the initiative. A ‘cultural health check' set the tone to get an understanding of where the company stood to help outline the roadmap for the transformation agenda that followed.

To get to the depth of what really needed correction, Yahoo! came up with the phrase, ‘What Sucks?', just as HCL Technologies encouraged its employees to provide a free flow of feedback right up to the chief executive as to what ailed the company's delayed delivery on commitment to actions, post pronouncement of intent and promises. Communication across the organisation and with all key stakeholders including the important segment of customers formed a vital part of the ‘buy-in', awareness building and education process. The internal branding programmes in these companies focused on delivering tangible employee value propositions (EVPs).

As an extension of the EVPs, employees were asked to rate the relative importance of a multitude of value propositions. While the opportunity to work on exciting new projects in a cutting-edge industry no doubt was high on the priority list for most employees, these organisations took pains to understand the relative importance of various intangible value propositions on offer to employees. For instance, at Yahoo!, answers were sought on the relative importance employees accorded to health insurance cover and stock options or free coffee or, for that matter, onsite dry-cleaning facilities. Transferring this know-how to the prospective employee hiring process was yet another part of the internal branding process. Care was taken to decipher the ‘fit and chemistry' of new joinees to the values and culture that the organisation embodied.

Yet another facet of the internal branding programme was to ensure not only a pleasant but also a memorable experience to all prospective candidates, prior to the interview process. A defined set of guidelines laid out procedures on the manner of handling interviewees and prospective candidates. For example, undue delay and waiting at the reception area was a strict no-no! The emphasis was on providing potential employees with a consistent and favourable experience of the organisation's commitment to its value principles. Added to this was an egalitarian culture that promoted a hierarchy-free work environment. As practiced at Yahoo!, it helps build an open work culture that is hierarchy-free if everyone including the CEO and the team of senior management occupy cubicles.

Other attractive value propositions that are becoming popular as value-adds in an internal branding initiative include conveniences such as on-site car washes, dental clinics, subsidised cafeteria, gymnasium and basketball courts, dry-cleaning facilities and free coffee bars. This, in turn, promotes a healthy spirit of team work and camaraderie amongst the employee groups. It has also been found by many of these progressive organisations that such a culture encourages a voluntary and healthy work engagement by a majority of the employees. This means that employees prefer to spend hours beyond their mandated time at their work, purely out of involvement and the joy of working in a congenial environment which makes work fun and enjoyable. This translates into a healthy increase in productivity besides providing employees ample opportunities to work on products and projects that would eventually be seen by millions everyday (in the case of a high user-driven technology organisation such as Yahoo!).

Irrespective of the type of sector or industry that an organisation operates in, interesting value propositions do contribute to an increase in the employee engagement quotient. Enhanced productivity and profits combined with decreased attrition rates are the other tangible benefits that result from a good internal branding programme.

Today, for instance, Yahoo! holds the world's largest market share in online display advertising. Yahoo!'s market share for display advertising is over 17 per cent, well ahead of the number two, Microsoft, at 11 per cent. Similarly, HCL Technologies was rated as one of the top employers in Britain this year by an independent research organisation, the Corporate Research Foundation (CRF) Institute, for the fourth year running. In India, the company won the best employer award in 2009 in terms of its people management practices, a vindication of the rewards of its inward focus on its employees. With over 54,000 employees and a turnover in excess of $2 billion, the company registered first quarter revenue of $685 million in the current year which was up by 14 per cent over the corresponding period last year. According to its CEO, since 2005 when the company initiated the internal transformation process, revenues have grown by over 3.6 times, operating profits by 3.4 times, concomitant with a quadrupling of its high-value customer base!

What the above cases do convincingly demonstrate is the fact that given enlightened leadership, belief and long-term commitment, Internal Branding can be a definite differentiator for an organisation seeking success, fulfilment and growth. An ‘inside-out' approach can not only sustain and promote an organisation's reputation as an employer of choice but also make it a preferred partner to gainfully transact and do business with. It can be a significant contributor to make it an endearing organisation as experienced and perceived by its diverse group of stakeholders, an organisation seen as a Conscious Corporation, with which its employees, customers, vendors and other associates look forward to partner, grow and succeed.