IT industry braces up for currency fluctuation, cut in spending due to Brexit 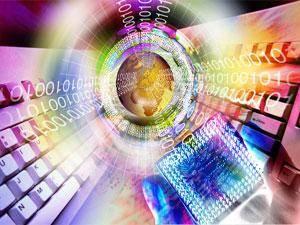 As Britain has voted to exit the European Union, India's $150 billion software services export industry which has a sizable exposure to Europe braces up for a phase of uncertainty and disruption with a strong fluctuation in currency and cut in IT spending in the short term.

IT industry body Nasscom said that while it is still trying to gauge the extent of the impact, the immediate impact on the short term due to the uncertainty in the environment can't be ruled out.

"There is also an immediate impact due to the currency, the GBP has already fallen by 8-10%," said Sangeeta Gupta, senior vice president of Nasscom adding it will be a phase of uncertainty and disillusionment.

Top Indian IT companies such as Tata Consultancy Services (TCS), HCL Technologies and Tech Mahindra among others derive a significant percentage of their revenues from the region.

At the company's AGM last weekend, Infosys CEO Vishal Sikka said that the company was "watching the situation closely" and warned of a short-term impact on business from Britain, where the company counts the likes of Royal Bank of Scotland among its largest customers.

"We are watching this situation closely. There could be small time short-term effects on currency and also potentially on business, we are watching those very closely. And beyond that, as Sesh (chairman R. Seshasayee) already said a lot of these macroeconomic conditions like the US elections and so forth these are elements of our environment that we have to operate in and my general sense is that these kinds of things have an effect on business from time to time but generally if you have a company and if you have a strategy that is based on innovation and when the times are bad people need innovation and when the times are good people need innovation," said Sikka.

"The happenings, the political developments in the large markets that we operate in have very significant impact on our business conditions, but these are the things which are beyond our control but what is within our control is to make su re that we are not vulnerable to major event risks of this nature and therefore we conduct a business in a manner that we take these risks into account and we mitigate these risks by appropriate hedging strategies. The risk committee of the Board is engaged in looking at these very risks, there is enough attention being paid to some of this large macro level risk and we also look at what we need to be doing in order to face and mitigate some of these risks and how do we hedge our operations in this manner," said Seshasayee.

"Wipro watches with deep interest the unfolding developments in the United Kingdom and its potential impact on a host of factors including mobility of labor, changes in the financial system, and the currency. Wipro has been present in the UK for over two decades and today employs over 4,000 people there. We remain committed to the UK and are optimistic that the close ties between India and the UK will further strengthen in the long run and open up new opportunities for us," said Wipro in a statement.

Industry lobby Nasscom urged policymakers in the EU to take necessary steps to mitigate the impact of Brexit on India's flagship IT sector.

"NASSCOM urges policy makers in Brussels and London to provide greater clarity and guidance on the next steps as soon as possible, so that our businesses have the certainty they need to continue to invest in UK and Europe", said NASSCOM President R Chandrashekhar in a statement.

Ganesh Natarajan, former vice-chairman of Zensar Technologies said that the industry should be prepared for a short-term impact of two-three quarters as companies may cut their IT spends.

"Lots of UK companies have trans Europe operations, Britain's exit will mean reorganization and impact on their business volumes as well, it would shrink their wallets and thereby by spend on IT will be hit immediately," said Natarajan.

UK is the second largest market for Indian IT services industry, accounting for 17% of the total exports. It has also traditionally been the gateway for Indian IT firms to enter Europe- several Indian IT companies have set up a large presence in UK to serve the UK, as well as the larger Eu markets from their headquarters in London. The easy movement of skilled workers between EU and UK has been a helpful factor.

Natarajan added that another impact could be on movement on people as one of main reasons behind the move was to help in job creation. "UK will become an island in the true sense and may follow a closed door approach which will make it difficult for Indian professionals to work out of there," said Natarajan.

"Companies will have to boost presence in Continental Europe because the UK will act as an island and will no longer be the passage to Europe. We will see a greater need for local presence in the continent," said Arup Roy, research director, Gartner.

However, there could be opportunities in the long term. Vineet Nayar, former chief of HCL Technologies said that as businesses will realign and reorganise their operations, it could be a good business opportunity for Indian IT industry. "Like any other major disruption in the past for instance the Y2K, this will bring its share of opportunities," said Nayar.

CP Gurnani, CEO of Tech Mahindra, said that there wasn't a cause for imminent worry but that the company would "wait and watch" developments.