Looking For a Few Business Heroes 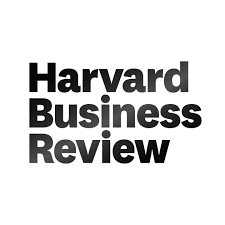 Look back into history and you will see that true heroes have emerged in the most trying periods. Names that shine out are of leaders like Mahatma Gandhi, Martin Luther King, Nelson Mandela. They are revered as heroes because of the enormity of what they achieved in spite of the odds stacked against them.

The military is another familiar battlefield of heroes. So is the sports arena. This is because they expect to be faced with overwhelming challenges at every stage. They are prepared for what might be considered a ‘crisis scenario’ and emerge victorious with skill and courage.

But when it comes to business, it is sometimes difficult to draw a parallel with heroism. Leonard Schlesinger, President of Babson College near Boston — a man who has observed the world of business very closely with a career spanning over twenty years at Harvard Business School — authored a popular book titled The Real Heroes of Business. The title trailed off with the suffix “…and not a CEO among them”!

And yet, times such as these seek real heroes in the world of business.

If we are looking for heroes to emerge in today’s business landscape, where can we find them? Not at the top, of course. As I have always maintained: they will be right on the front lines. The true heroes in the world of business today would be challenging themselves to accelerate even as they swim against the tide; they would be finding new and innovative ways to improve performance, exceeding targets when the world is looking for excuses for poor performance.

The one common thread that runs through these people is that they do not crumble under pressure. They make the impossible seem possible with the ease and calm that comes about only through laser-sharp focus.

Let’s take a look at the Nano story. Tata’s little car seems ready for launch this month. Did the men behind this car face challenges along the way? Yes, at every step, be it on the drawing board to create an engineering marvel, or in the recent forced relocation of the plant from its original site at West Bengal. Yet there were many heroes within the ranks here who refused to give up and made the launch possible against all odds.

We have all become multi-taskers by nature. Maybe we need to ask ourselves whether times like these require getting the most things done, or a sharp focus on getting the most important thing done. An old Chinese saying explains this very simply. It says: “If you try and chase two rabbits, you end up catching none.” We may need to sharpen our skills to catch even one rabbit. But that’s the route to choose rather than complaining that the rabbit is too fast.

There is no doubt that those who prove their mettle in these times will not only excel at their present jobs, but also secure their future by establishing a solid foundation for a successful career. They will be the stars who rise in the clearer skies to come.