I was looking for unhappy leaders in pursuit of greatness: Vineet Nayar, Sampark Foundation 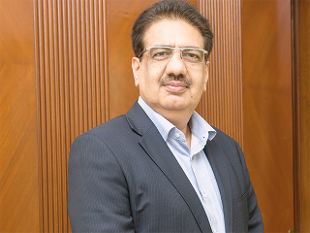 He was looking for that one thing that makes a person stand out from the crowd, unafraid and willing to risk a lot for that idea she/he believes in.

How he picked them

He was looking for that one thing that makes a person stand out from the crowd, unafraid and willing to risk a lot for that idea she/he believes in. The interactions were a search of that same one thing and then testing the boundaries of conviction, resolve and determination to stay the course.

- "It was an enriching experience. The conversation was awe-inspiring. We spoke about aspirations and motivations that drive us. His mantra 'you can stand out only when you don't want to belong', is going to stay with me."

- "The interview was a great platform and a learning for a lifetime. The 30 minutes I spent with him definitely augmented my quest for leadership."

Nayar asked each candidate to point out two mistakes Nayar had made in the interview process to test how far a leader would go to call spade a spade. He also asked some of them to sing, including one who sang from a balcony sitting in Croatia on a Skype call for the interview to test the free-spirited approach to new experiences, unafraid to test the unknown.

Ideas Of Disruption Are Not Big. They Are In Your Stories And Hearts
How do you transition to a career in giving?
HR will be dead by 2020
Reconnect with Good: Conversation with Vineet Nayar
IT industry becomes obsolete every three years: Vineet Nayar
More Media Interviews