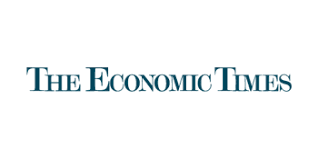 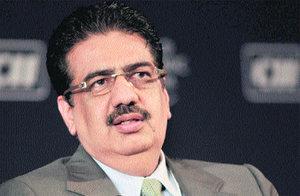 BANGALORE: As India's $60-billion IT industry comes out of recession and prepares to chase the $100-billion goal, rising attrition, commoditising of workforce and wage inflation are among its top worries. Vineet Nayar , chief executive of HCL Technologies, who created a debate with his 'employee first, customer second' philosophy, tells ET that many Indian tech firms are only serving shareholders and are ignoring their employees. He adds that the traditional metrics of evaluating employers, such as through attrition, are obsolete, and says the industry needs to reinvent itself for the 'Facebook generation'. Excerpts from the interview:

Many organisations will find it difficult to put customers second. What do you really mean by 'employee first, customer second'?

The first question you need to ask is what business are you in, and what should the company be focused on to deliver value. The second question is, who creates that value? And the answer is, employees. Management will have to be accountable for enthusing employees and ensuring they create value. It's management's business to enthuse and enable value creation in terms of employees.

I think today, we have four stakeholders - shareholders, employees, customers and society. Unfortunately, we are in the stranglehold of only one stakeholder, the shareholder. If the same transparency and resolve that management has for shareholders exists for the employees too, you will enjoy huge success. But you will do it only if you see it as a strategy for growth and not merely as an HR strategy. I saw it as a strategy for growth and I did it because I think it's a fantastic way to grow. Management should be accountable to employees the way it is to the shareholders.

As a business leader, what are the top workforce challenges you face?

Most of our business models have become irrelevant. In my mind there are many CEOs across industries who are at the edge of a building that is on fire, because the employees' trust in the management is at its lowest, the business models have become more and more obsolete because they have become commoditised, the price points are lower. So how these top management folks run their companies and what they do is going to be tested really big between 2010 and 2015.

We are obsessed with size today. But I think at HCL we are not into the business of drawing lines, we are in the business of making graphs, which is what Apple is doing, Google is doing and even Amazon is doing, by recreating business both on how they run it, and what they do. So you have to innovate on both what you do, and how you do it, because the building is already on fire. Quarter after quarter, companies give out their attrition rates and it becomes a metric for everybody to evaluate them as employers. Is attrition a good metric to judge if you fared well or not as an employer?

The ultimate measure is growth. And the fact that we grew 23% year-on-year in calendar years 2009 and 2008, at the peak of recession when everybody was growing negatively-is the ultimate proof. So when there is no new product, service, or even geography during recession, and even then a company grows-there can be only one reason, which is the fact that our employees are doing more than what someone else's employees are doing.

In terms of sub-components, our customer satisfaction index is showing 43% improvement year-on-year during recession, so that's an indicator. In terms of employee satisfaction, Hewitt did a survey and rates us number one across all industries, but I do not think satisfaction is enough. And attrition is not the right metric, and I am saying that despite having a drop in attrition over 18 quarters. It's not the right metric because I am more bothered about the employees who stayed back at HCL instead of the ones who went away. It's a very regressive way of measuring.

It's important that we measure employees not through attrition, but through the morale of those in the company.

Wage inflation is one of the biggest pressures cited by outsourcing firms. While compensation is important, how else can you deal with it?

Because you are in the business of rewards, you believe that it's all you can offer to your employees - but that's a necessary condition and not a sufficient one. You can never pay enough to the employees because expectations will be always be more than what you give. So you have to make me believe I am a part of your success, mere rewards will not do. Rewards have to be given in an intelligent manner, but it's not enough. We have created input multiplied by margin equals to output as an industry-it's a linear equation, and the only way to grow is by growing input more and more. So there are two elements-one within this input and other outside. First is, how productive is the input and can it give more? Some corporations can do the same work with half the number of people. Second is, what do we want to do on non-linearity front.

What other workforce challenges do you see for the industry?

From employee point of view we continue to be in the linear equation we have had for the past five years and have many challenges. First challenge is that you have disengaged employees inside your organisations who believe that working at 20% productivity is good enough. You ask for very little and he or she gives you very little. Second challenge is the coming of generation Y into the workplace. This generation has a say everywhere from his home to Facebook, and you bring him into the company and tell him about the big 'Bell curve'-10% of you will be sacked, 10% of you will be promoted, 10% of you will be given 10% hikes and so on and so forth.

The third challenge we are facing is that this generation is very innovative-you just have to see the newest companies that are coming across the world. Now how organisations leverage their innovation breaking free of the hierarchy is a big challenge. We have commoditised our people.

First we came up with the pyramid structure where some were in the middle and many at the bottom. It got created as command and control structure. Then we inverted the pyramid and made it a star organisation, wherein the control pyramid was put on top of the inverted pyramid.

But the future management will deal with people who do not want to be a part of any pyramid, but Facebook. The challenge for organisations now is that not only are the current structures inappropriate, they are still a pyramid and not even a star, and by the way, even a star is not relevant, you have to look towards building a sphere. And where do you see that sphere-you see that in Google, you see that in Apple, and in a way, within HCL too. The problem is when you start up, you are a sphere organisation and when it becomes successful, you convert that into a pyramid.