Why Vineet Nayar likes to talk, talk, talk with his employees, customers and the world at large 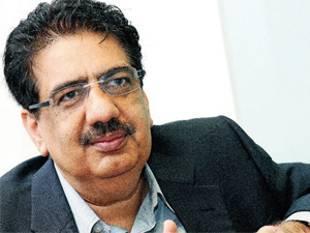 Almost 30 years ago, in 1983, the new batch at XLRI-Jamshedpur had just settled in for its first day in class when 50 adivasis stormed in and ransacked the classroom before vanishing into thin air. None of the students were hurt, but the professor, Father Edward McGrath, lay in a pool of blood.

Even as the dazed students were trying to make sense of what had just transpired, Father McGrath rose to his feet and said it was a staged show. "I want you'll to sit down and write what you have just seen," said the Irishman.

As it turned out, each student's version of the events was different. The exercise left an indelible impression on the 21-year-old Vineet Nayar, now the Vice Chairman and CEO of HCL Technologies, who still carries his learnings from the experience. "If you want to say something, say it in the Father Mc-Grath way so that people never forget about it, or don't say it at all," he says.

Such a dramatic approach today forms the cornerstone of Nayar's communication philosophy. Be it the 88,000-odd employees of HCL Technologies, customers, vendors or the public at large, Nayar makes it a point to get his message across with energy and elan.

At Directions, the annual employee event at HCL outlining the vision for the next fiscal, such Father McGrath-style theatrics gain fruition with an impromptu gig by Nayar — "to break the ice" with co-workers. In the 2010 edition of the event, for instance, he shook a leg to the Bollywood number Tera Hi Jalwa with coworkers before running the numbers.

At times, such energy may be expressed on the official intranet, Meme, to gather ideas from fellow workers around a theme on which he spoke at the World Economic Forum at Dalian, China, last year. Nayar can even use that energy to help mould opinions through his video blog, vineetnayar.com, either on women leaders or New Year's resolutions or recession, or what have you.

Of course, there is also TwitterFacebook, the traditional in-house redressal platform U&I and a host of other external and internal tools Nayar uses to channelise his energy.

"About 30% of my time goes into communication," says the bespectacled tech honcho in a meeting room adjacent to his corner office at HCL Technologies' Noida headquarters. Does that make Nayar the AG Lafley of India

The iconic CEO of Proctor & Gamble turned the once insular FMCG behemoth into one of the most collaborative and innovative institutions through the much publicised 'talk therapy' sessions with his people before hanging up his boots in 2008.

Lafley egged on his employees with a four-word phrase that was sacrosanct for his staff: 'The consumer is boss'. Nayar, on the other hand, has come out with a book called Employees First, Customers Second.

Surely, there has to be something to Nayar's commitment to communicate. Though he admires the "people-orientation" of Rahul Bajaj, the "grandeur" of JRD Tata, the "clarity" of Jack Welch and the "audaciousness" of Steve Jobs, he has an unlikely candidate for the "CEO of the year". Nayar considers Sampat Pal Devi of the not-for-profit Gulabi Gang as his mentor.

"That woman has a team of one lakh women, more than mine, whom she doesn't pay. She works for autonomy of women as they listen to her message and work for her. That makes her my key motivator." It is this contrarian approach that has stood him in good stead as the boss of HCL Tech since 2005. Nayar is still a man of the old school, who prefers the traditional face-toface interactions over a plethora of social media and electronic engagement because "at least they can see my intention, my intensity, my honesty".

Naturally, open houses, with 5,000 people in attendance, set the tone for interactivity. Nayar has also instituted a system of 'Weekend Thoughts', which he emails to all employees only on weekends he has a brainwave to share. Once an employee told him how his Weekend Thoughts motivated him since he knew Nayar wrote them personally. So the CEO asked him what gave him the impression that he wrote them and not his communication team. "Because of the number of spelling errors and grammatical mistakes in your message," was the quick quip.

At times, such blunt and casual banter also has its pitfalls as Kavita Khushalani, GM, HCL Technologies found out the hard way. She recalls an incident when Nayar sent out an internal mail saying he would be out on tour. "Instead, he wrote he was 'leaving', creating utter chaos in the process," she says.

For Nayar, however, all that takes a backseat if the basic idea is to stir people to action. An ace debater at school, Nayar used to mug up his debate speeches until right in the middle of such a debate when his team was in the finals, he drew a blank. His team lost and he took home a lesson.

"From that day, I have never prepared for any of my speeches, I don't use slides or hand-outs because if you have to say something, the thoughts are already in your mind and all you need is a structure. I need to talk not about the company's performance, but what I'm expecting of my employees. I need to talk about the environment and competitive threats," he recalls.

For Nayar, his control over the channel mix of communication keeps his pack glued to the line he takes: "You have to segment the employee base and then communicate on Twitter to some, on Meme to others, by email to some and through video blogs to others.

Some employees ignore internal communications and so I maintain external blogs." Nayar believes Gen Y will adopt of his message first and then transform the rest of the community. "They are far more adoptive to non-traditional communication, bolder messages, non-conformist moves," he says.

Perhaps that explains why in the 'Power of One' initiative, where every single employee has to spend at least a day in social service on a working day at HCL bringing about change in a community, Nayar has inverted the pyramid by making the youngest member of the team the leader of the initiative. "Their enthusiasm is seen to be believed. The velocity at which Gen Y drives change is far higher than the velocity with which I can," he says.

Maybe, that explains why Nayar agreed to a tweet-up, or meet up with Twitter followers from office, last year. Hiranya Bharadwaj, Strategic Partnership Manager, along with 24 others from HCL, sent him an invite to meet at the company's SEZ campus in Greater Noida. When he attended the gathering, he spoke about the power of ideas and a cake was cut and photograph taken.

At 50, Nayar goes all out to know people half his age, saying "If you take communication as your strategic differentiator compared to the competition, it is the effective way you can get execution to go faster by aligning everybody towards similar action."

That Nayar puts in a conscious effort to communicate with his employees is evident by his reading of the market and environment. He believes the stranglehold of the stock market over CEOs is such that it increases the distance between employees and CEOs.

"Earlier, there were balanced organisations but the big became bigger, and therefore, the stock performance started dictating the organisational culture. As financials became the prime focus of companies, the basic cultural aspects got lost," says Nayar.

Over 2,300 years ago, Aristotle observed ethos (ethics), pathos (emotions) and logos (logic) as key to the success of any communication. Though all three are evident in Nayar's art of engagement, he has his own troika of elements to conjure up a discussion.

"The first step of any communication has to be your true intention since people can see through that, and if the intention is correct and consistent, even if you don't communicate, people listen, hear, align," he says.

The second part of his communication strategy is what he calls diverging vectors, converging action. This is about trying to bring people on to the same page.

"When people communicate, they believe their views should be consistent and so they miss the point because we are a heterogeneous society. But if you focus on convergence of actions, your communication will be focused on the spirit of what you want to do rather than a todo checklist," he says, "My parents were clear that their orders were followed and so they were focused on communication, but we keep telling our children that they are our friends and so we are focused on action."

The third element of communication is execution and here, Nayar takes recourse to the Father McGrath variety of drama."If you put a lot of communication at the beginning, your execution is faster and if you put it towards the end of your communication, it is that much slower." When all three are taken into account, communication becomes the centerpiece of what any manager needs to do, "even higher than strategy".

That communication has to have the good old Aristotelian logical ring to it is borne from the interaction Kavita Khushalani had with Nayar in 2010 when she suggested community marketing to him at the in-house ideas bank called MAD LTD (make a difference, lead the difference). At first go, he didn't buy into the idea, based on talent acquisition.

Says Khushalani: "We realised it was our mistake since we failed to show any direct linkage to hiring and so we again forwarded our suggestion saying we would be able to show it in two years, and only then did he acknowledge," At Directions 2009, Bhargavi Swadia, DGM-Delivery of the company's Healthcare vertical found herself among 17 members of a taskforce to look into the company's MIS. "We came up with 230 suggestions to make it more robust and each of them were incorporated," she says.

In front of 50,000 employees, Nayar said he was instituting a taskforce for the purpose. Nayar says: "At Directions, during my open house, I only tell my people to tell me what is broken about the company during the first hour. We celebrate our weakness and the power of communication in terms of acceptance."

In his blog, Nayar freely imbibes and localises from global thought leaders. He's currently fascinated by American entrepreneur and author Seth Godin's The Power Of No. "We need to create a world that has more 'yes' and less 'no'.

And so when I look at HCL, I see a problem," he says, already planning to write a post on the issue over the company intranet Meme, which may even crop up as an organisational initiative in six months. After all, "the focus is to change, not just to communicate." It's as if Father McGrath is still maintaining a constant vigil on him.