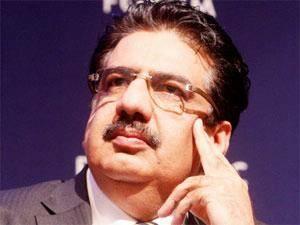 Nayar had raised Rs 133 crore from selling his stake in HCL Tech, India's fourth-largest IT services firm, and is now employing it in his non-profit Sampark Foundation.

"Everybody is obsessed with money. If you take that incentive away, entrepreneurs will not put their hearts into social ventures. So I'm guaranteeing a minimum 8%-9% return on their investments," says Nayar, under whose tenure as CEO, HCL Tech saw some amazing rates of growth. What if the projects failed? Nayar said there was a "death date" for him and it would "be better to die trying than not try at all".

Nayar and his team are piloting a project in Bihar and Chhattisgarh to empower rural women to grow organic crops that would be marketed through an e-commerce platform, bypassing all trade intermediaries, under a brand called Mother's Fresh. "If you ship it directly to consumers using the digital platform, you could change the social fabric of that region. I want to be a catalyst than an executor. I don't want to get into the business as there is a death date for me. I have to create entrepreneurs who are interested in this business model," he said.

In the Kanchipuram district in Tamil Nadu, team Sampark has been working with about 16,000 farmers across 19 villages to increase per household income by promoting effective water management practices. "We want to transform mindsets around water," Nayar said.

Farmers in Kanchipuram are reeling under a severe water crisis, and require 1.7 lakh litres of water to grow a single crop. Currently they grow three rice crops, but the third crop invariably gives a very poor yield. Nayar and his team are encouraging farmers to change their cropping patterns, move to two rice crops and one pulse crop. This reduces the water consumption almost by half and could improve the per capita income of farmers substantially. In Baramati in Maharashtra, Sampark is working with 2,000 disadvantaged farmers to focus on crop diversity that will lead to higher income generation.

Nayar has also tied up with the Ladakh Autonomous Hill Development Council (LAHDC) to develop a new blueprint for primary education in the region. The initiative started in November last year with a two week workshop for teachers from Ladakh. Educational kits have been developed that would work specifically in that region.

Sampark has also signed a MoU with the government of Punjab to improve the quality of education across 7,500 primary schools impacting 2.5 lakh children in the state. "In Punjab, children of class 5 and 6 couldn't add and subtract. That was a big downer. Teachers were not motivated enough and there were hardly any incentives. We realized that children had short attention spans and they were more interested in jumping on the tubewells than attend classes," Nayar said.

So he used gamification tools, and folklore and made the curriculum a lot more interesting both for teachers and students. Six months into the project, Nayar said the programme has met with considerable progress.