Global Thinker 2016' by Foreign Policy for unplugging technology, so kids can learn 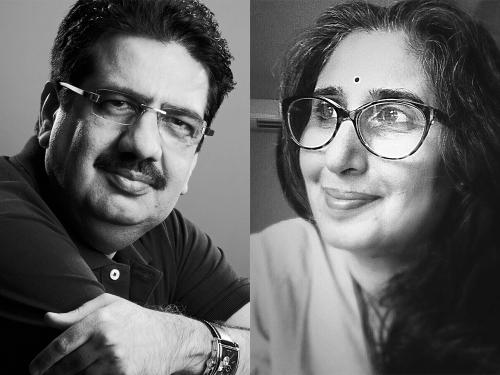 When educating poor youth, which are more effective: laptops and iPads, or rings on string and plastic blocks? Vineet and Anupama Nayar are betting $100 million that it’s the latter. Through their Sampark Foundation, the former HCL Technologies executive and his wife are on a mission to revamp rural India’s primary education system with low-tech teaching tools. They’ve created “smart class kits,” which include various frugal innovations, such as a plastic audio device that introduces English words and lasts 15 days without a charge. Before the kits were implemented in primary schools throughout Uttarakhand state this year, 41 percent of second-graders could do simple addition; within six months, 91 percent could. The Nayars want to reach 50,000 schools, including those in nearby Chhattisgarh, Jammu, and Kashmir states. (Photos courtesy Anupama Nayar and Vineet Nayar)