Ideas Of Disruption Are Not Big. They Are In Your Stories And Hearts 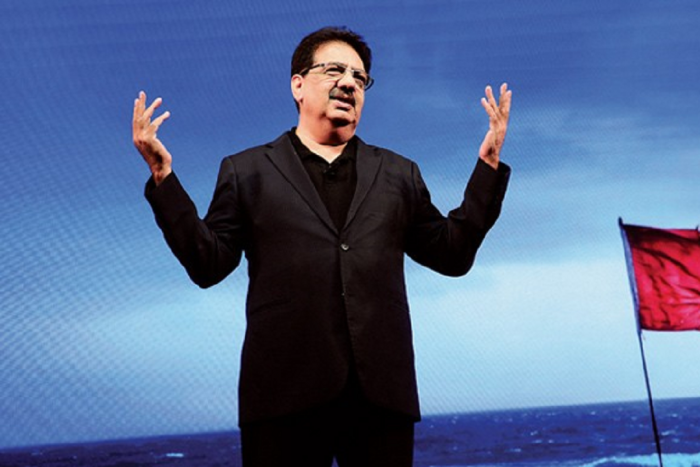 During recession, when companies chased customers, he put employees first at HCL Tech. When CEOs in their fifties were wondering which company to head next, he was selling his shares worth #1.3 billion to start Sampark Foundation to teach children in rural India. And when leading Indian businessmen were narrating their success stories at Outlook Business’ Leading Edge 2019, he spoke of his failures including getting rusticated from school. If Vineet Nayar had to be described in a word, it would be ‘disruptive’. Therefore, he was the right candidate to speak on ‘dealing with disruption and leading with compassion’.

He shared lessons he learnt from his childhood, which later led to his corporate success. Here are a few, as Nayar says, on “becoming a butterfly”.

The former HCL Tech CEO was taught this invaluable lesson by his mischief-making self, who had been made to stand outside his house, with little for clothes. It was his father’s punishment for breaking cutlery for fun. Nayar was begging to be let back in when his friends passing by stopped to giggle and tease him. Desperate to save himself from the embarrassing situation, he decided to turn it upside down. He began climbing trees, saying that his dad had allowed him to play Tarzan. Sure, he got a whack from his dad later, but not before he and his gang of friends had had the wildest time.

And this is the first of many such ‘Tarzan moments’ that Nayar was to see in his life; he came up with the management motto of ‘employees first, customers second’, which was identified as breakthrough and is even taught at B-schools including the prestigious Harvard Business School. He inverted organisational hierarchy with a 360-degree performance review, where the head is evaluated by his or her team and made equally accountable to employees. In came the 2008 recession, and HCL Tech was one of the few companies that did not let go any of its employees. Instead, it grew 21% YoY in revenue.

Lesson 2: Bad things happen, but what creates disruption is one’s response to them

When little Nayar went to get his cricket ball from the neighbour whose window his friends had broken, he was tied to a chair to be taught a lesson. He was furious at the unfairness of it all, so he broke a second window to even things out. His neighbour was amused by his insouciance and Nayar made a friend that day.

Nayar stepped down as HCL Tech CEO in his 50s, sold his stake and dedicated himself to Sampark FoundationA month after he had joined HCL Tech, the company decided to move Nayar to its most underperforming branch in Mumbai instead of firing him. There he was confronted with a dejected team that had grown used to failures. Nayar wanted to shake things up. He bought 50 condolence cards and told the team that a card would be sent out to a competitor company, whenever his team won an order over them. The first win came, and he made everyone from the chaiwala and the lift man to the top manager sign that card and posted it. Within a year, HCL Tech became the number one company in Mumbai at the time.

Eight-year-old Nayar had set out to explore the platform at Ratlam railway station, when the train began to move and gathered speed. He had two options — to give up, after having fallen thrice, or keep running after an impossibly fast train (the resemblance of this memory to one of the most iconic Bollywood scenes is purely coincidental). Nayar gave chase and a kind vegetable vendor who saw his desperation threw the little boy into the guard’s compartment.

Nayar’s stint at the start-up Comnet in 1985 was exactly that — chasing a hopelessly big dream, waiting for a deal to rescue him (like that vendor did). His team had not gone home for six months, working to win over a client and had not slept for 24 hours before the presentation. Once again, the determination paid off and Comnet won the biggest deal that India had seen at the time, for $6.5 million.

Lesson 4: you should Know when it is ‘Enough!’

Nayar lives by his belief in disruption, even outside the office. “Ideas of disruption are not big ideas, they’re in your stories and in your hearts,” he said. When he won an international honour, his mother’s note to him merely read “Enough!”. In his 50s then, Nayar stepped down as the CEO of HCL Tech, sold his shares and dedicated himself to Sampark Foundation which is changing the way education is imparted in government schools.

He asked the same three questions he had asked during his ‘Tarzan moment’ at HCL Tech — what is the organisation’s (Sampark’s) core business and outcome, where is this outcome created and who creates this outcome. Here, he realised, everything hinged on the teacher. Therefore, Sampark Foundation has enabled teachers in 76,000 schools to teach through Bollywood dance and music with battery-operated audio devices. Nayar, as always, believes in dancing to a different drummer.