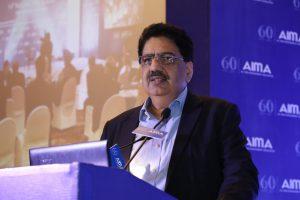 The 14th HRM National Summit of AIMA featured some of the top HR professionals and delegates from Industry, Government, Media, and Academia. Below is an excerpt from an enlightening speech by Mr. Vineet Nayar, Founder, & Chairman Sampark Foundation and Former CEO, HCL Technologies at the 14th National HRM Summit on the topic ‘HR Organisation in the Age of Automation’.

When I talk to HR community I am reminded of a CEO I met a few years ago. This was the CEO of the company called Kodak and especially people of my age would remember that each one of us had a Kodak moment of our life where we took very selective photographs because you could take only a few photos at a time. The world was different at that time, it has changed now. And When I met that CEO I asked him “Didn’t you know that the digital photography will make Kodak, as a company, obsolete?”. He told me that he knew about it at least 10 years before. I am an advisor to the McKinsey Leadership institute when I met the McKinsey team which was involved in advising Kodak, I asked them that if they knew ten years in advance that Kodak was about to die why didn’t they do something about it. They told me that they did a very interesting research, over 6 decades, of the companies who lost their market share and there were two conclusions: Anybody who loses market share or becomes obsolete knows at least 5 years in advance that they are going to become obsolete and the only reason they become obsolete is because they don’t do anything about it. So they were the part of the gang that became obsolete.

So one thing I would definitely predict is that the HR is going to be dead by 2020. The three megatrends change happening in the world will make the HR job obsolete.

Changing Employee Behaviour. The new sets of people are more open, they are not closed. Every person has two identities, a physical identity, and a digital identity. In the digital identity, they collaborate, they work together, they are openly sharing their “status” and they are happy to be what we call “open”. Therefore, the word confidentiality has been completely redefined. When these people come into the organisation, their behavior is more open, more collaborative and therefore they will not fall into the line of command and control. They will not fall into the line of hierarchy. They will resist all such changes.

New places of work. There was a time where the place you go was called work, that is not true anymore, what you do is work. Therefore people would like to work in environments which are completely conducive to what they want to do. And therefore work from home, work from coffee shops, work from restaurants, work from beaches is all in, predominantly because people are interested in the impact you create rather than where you work.

Technology: Access, Artificial Intelligence, and Augmented Reality. Today you have access to more people than you ever had before. You have access to applications and data than ever before. I recently had an opportunity of talking to the management team at the ITC about the e-chaupal. which is about creating village marketplaces. They also have e-chaupal leader and I was asking them how do they make the selection of e-chaupal leader. You know at Sampark Foundation we are hiring hundreds and hundreds of youth who are working very hard to transform the learning outcomes in 50,000 schools and I am struggling to find the right kind of people who will be willing to work in those villages to bring the changes in the learning outcomes of those 3 million children. When asked about how they select e-chaupal leader, I was told that they hire people who have a family to back them because then what happens is when one person comes in, he comes in with his contacts and entire family. They don’t hire based on the person, they hire based on the community. So access, ability to be able to have access on Facebook, with friends, to be able to solve a problem is a mega trend technology change which is happening and therefore you are not hiring an individual, you are hiring an individual with access, with networks.

And the third technology trend is the augmented reality. Earlier most of our learning was wrote method learning predominantly because knowledge was very critical for us and therefore we grew in an environment where you would increase the pace of the environment and the whole education system was based on how to give you more knowledge in the shortest period of time. Now with Google, what is more important is how do you learn. So people moved away from the ability to be able to deliver the knowledge fast, to the ability to be able to learn fast this is where augmented reality comes in. In fact, each one of us learned differently and therefore we can learn on the job through augmented reality Surgeons, for example, are going to do surgery tomorrow with goggles on with augmented reality. They will be able to scan what’s right in front of them and take an instant decision on what needs to be done. The impact of augmented reality will definitely be on publishing, entertainment, the way the consumers buy on an e-commerce site. But more importantly on the HR function as you are going to have a massive community who can be trained very easily to do complex skills.

So if you see three megatrends in sums of changing behavior, changing technology and changing spaces; the impact on HR is going to be substantial in the following ways: Whatever you are doing from an operation’s point of view, it is going to be automated and nobody would want you to do payroll processing, appraisal systems, attendance correlation, all that data analytics which you do on excel sheets because there are bots which can do it much better than you can do.

With 3D printing, augmented reality, and analysts coming in, people are asking for more customizations. They are asking for more customized products. HR functions have been built around mass commoditization. They have not been built on customization. So HR functions will have to leverage the analytics to deliver customized services to the employees because the employees are going to become a rare commodity. And therefore whether it is augmented reality, artificial intelligence, changing behavior or changing spaces, HR would need to rethink their role.My prediction on HR is pessimistic because I think HR is not applying its mind, it is intellectually lazy, and HR like Kodak isn’t seeing the reality that they are going to be dead by 2020. I am not saying 10 years from now, I am saying that HR will be dead by 2020. Like Kodak who was in the right place at the right time to launch big time into digital photography and be the largest camera company in the world predominately because they understood colors better than anybody else. But they did not. Therefore the substantial change is coming into our organizations i.e. transforming the culture & behavior of the organization, transforming the organization’s structure, transforming the way pyramid structures are done, and transforming the way you inspire people. The only set of people who are actually trained to think in that fashion is HR people but because most HR people are intellectually lazy, happy to do operations job, that’s the reason I am predicting their death.

People who will get up from their sleep and say that I am not going to do operations work which is going to be taken over by the bots. I am going to try and think about transforming the organization because that is what I was truly trained for. Those are the people who will be CXOs of the future.

The future set of generation is not going to get married to an organization; they are going to get married to a cause. And therefore as far as the organization delivers them to that cause or as far as they see the cause alignment, they will work in that organization. The moment they don’t, they will not work for the organization. Unlike our generation who was very scared what would I do if I don’t have a job, this generation is not scared. They are very happy to sit in their office, chilling with their friends, having a beer, being on the laptop and not working for year or two years. I know a lot of these children who work for 6/9 months, collect a lot of money and then they go for world travel. So HR executives will have to do more to attract these people by transforming the culture of the organization and accepting them more. The question is would you do it?

The practice will be essential to make your text a model of excellence. Writing every day is a very interesting exercise to explore your creativity and keep your mind involved with the writing process. You do not need to post anything daily and you do not even need to write 5000 words a day for this useful site https://australiaessays.info/. The idea is to create a habit. You can be simple and straightforward by writing an outburst, a reflection on your favorite team or the country's political landscape. When you start writing every day, your brain becomes much more active and goes on to deliver more valuable and interesting ideas to your audience. In a very short time, you will be quite surprised at what you can do.

Nobody wants to be enthused, encouraged or enabled by you anymore. And if you don’t know that truth, go and try and do that your children. Your children will tell you that they don’t need it anymore. And that’s what your employees are telling you. So before you die, wake up. There is an opportunity in front of you. I hope you grab it, otherwise goodbye. 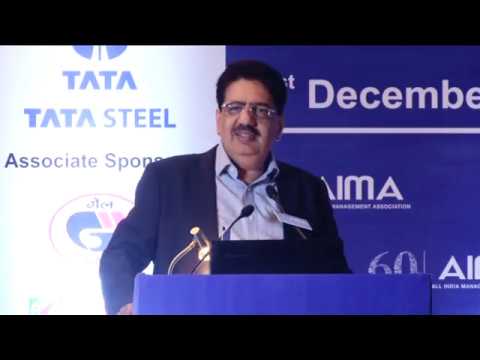