Relevance of Indian IT under threat: Vineet Nayar 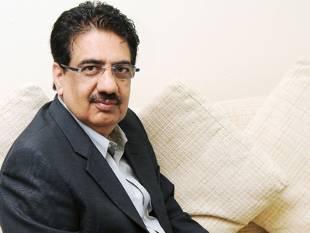 Last year, Nayar stepped down as CEO and then as vice-chairman of HCL, India’s fourth-largest software services provider, to devote more to philanthropy through his Sampark Foundation even as he advises several companies on their strategies.

Vineet Nayar , former CEO of HCL Technologies, tells ET that the industry he helped build risks is losing its relevance and no one is getting it right, while referring to the coming digital revolution and the state of preparedness of the Indian IT companies. Last year, Nayar stepped down as CEO and then as vice-chairman of HCL, India's fourth-largest software services provider, to devote more to philanthropy through his Sampark Foundation even as he advises several companies on their strategies. Edited excerpts:

Tell us about your new innings?

The one commonality is the boards are feeling that the management and employees are not aligned in executing the strategy with the speed at which it needs to be executed. The second big problem they're facing is that everybody is talking digital and they don't understand how to strip this whole digital world (down).

So what do you make of the coming digital revolution and the Indian IT?

I believe that with $118 billion and 3 million employees, the industry has done well in the past.

Is the value proposition of Indian IT relevant to that customer? That's the first question which I don't think is answered. And the second is, who is competition? Are we sharply defining competition? I get a sense that we have a frog-in-the-well approach to competition that you're my competition as both of us belong to the Indian IT sector or global IT sector or technology sector.

All this is going to bring up vendors, who are going to provide services in a non-traditional type of way.

If that is going to happen, maybe you're not going to be threatened immediately, but over a period of time, a lot will change.

Any examples from what you did at HCL in asking and answering such questions?

Once we were done with it, then we asked the same question: Now that we have taken the cost out of infrastructure, are we still in the cost business. The answer is yes. Then why don't we take the run the applications and combine it with infrastructure.

That's the second phase. Then we said why don't we consolidate it. It is not just one idea; you constantly keep thinking about what is your business.

So who is getting it right in the digital context?

For a CEO, you left at a relatively young age ...

I set up my foundation in 2004. So, my purpose of bringing about large-scale social change was defined in 2004 and this opportunity came in 2005 when Shiv (Nadar, ) asked me to run HCL Technologies. In all my open houses, in all my employee interactions, I kept constantly telling them that I'm there for a certain amount of time and they need to take the ball and run with it and I'll go back to social sector.

So, all the employees were very clear, right from 2005 that one day I would go. I think the momentum at HCL was very good, I think the team was the best in the world and we were on the up. That is the time when a leader should give the opportunity to other leaders to take it to a completely different scale.

In HCL, we wanted to build a company to last, not a leader to last. So, it was a good time for me to go back as I wanted to solve problems. Even when I am 90, I'll still be solving problems.